Good Time to invest in Barcelona! 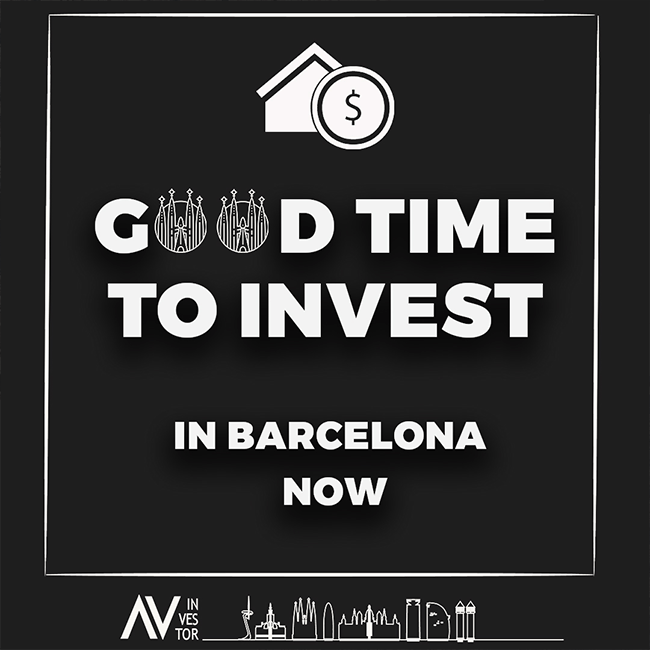 This is the right time to invest in Barcelona :

Due to the current situation,we noticed three factors that have led to decrease in amount of transaction, rental price and starting to impact sales price.

Actually, we are in a buyer Market, the restriction are still limiting the amount of foreign buyers and economic crisis due to Covid is impacting purchasing power of Spanyards.

Due to these different factors, investors and buyers can expect to negotiate good deals. From a long-term investment perspective, Barcelona remains one of the most attractive city in the world. According to the network InterNations, after asking 20000 expats, Barcelona is ranked 7th in the 2020 ranking of the world’s best cities.

In addition, Spain is a opening country that welcomes all those who want to buy property or settle in its territory. Barcelona is a city that lives to the rhythm of mixing and sharing cultures. About 9 million tourists last year and 300,000 expatriates live there. Thanks to its beaches, Gothic architecture and rich cultural heritage, it is not surprising that Barcelona is one of the most visited city.

Recently, the “city of Gaudi” has attracted many risky investment funds, which is due to the number of Fintech companies employing a massive and cheap labour force. The Catalan capital is positioning itself as an strong point for investments by companies that want to minimise their costs.

The city has always been very popular and demanding by foreigners, in fact in only 10 years there has been a 12.6% increase in the purchase of housing.

With the current situation, one may wonder if it is the right time to invest. But thanks to the massive administration of vaccinations that starts in January, it is possible that the restrictions will begin to fade, allowing the economy system to reopen and grow again.